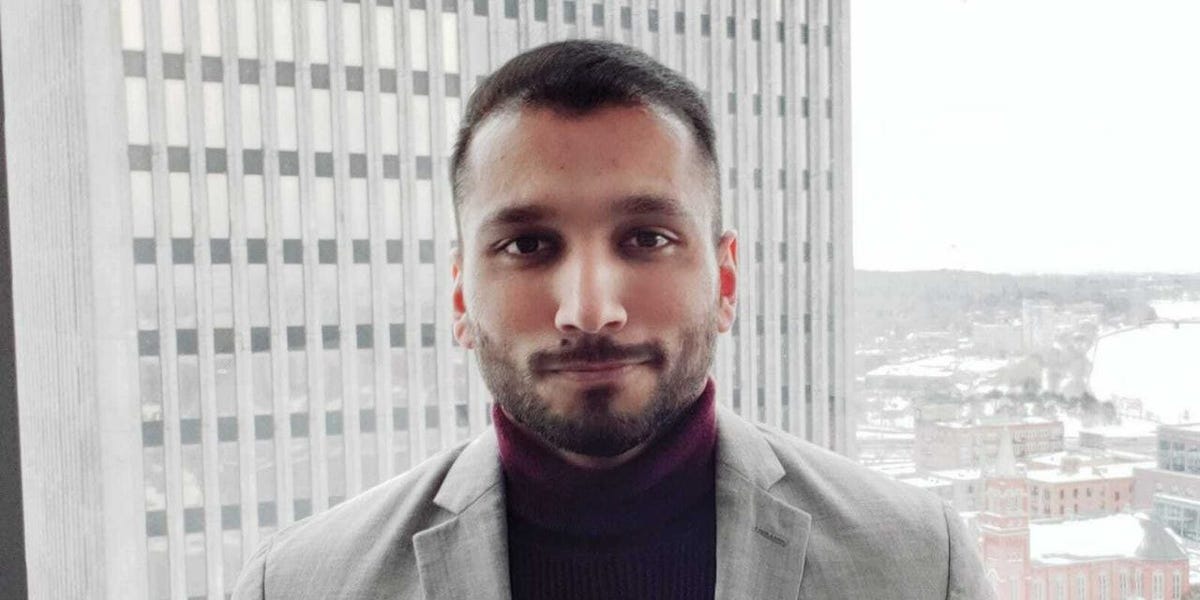 Junaid Ghauri, like many, thought Bitcoin was absurd five years ago.

“I didn’t really make much of it. It was a fun little joke,” he told Insider.

In 2018, Ghauri was the chief technology officer at Mark Labs, which often served as a data arm for real estate investment trusts and asset managers. Clients began asking questions about how blockchain data could be utilized for allocations to crypto.

Later, in 2019, he cofounded Pareto Technologies which offers investors a bitcoin-based and USD-based product.

“I thought, ‘Why are they looking into this stuff? What’s actually here for institutional asset managers?,'” said Ghauri, who later came to the conclusion that the digital asset class at-large could “revolutionize” traditional finance.

Bitcoin, Ghauri said, will become less volatile the longer it exists – giving it a leg up on fiat.

“The Bitcoin network becomes less fragile with time,” he said of the 13-year-old token. “The

is really a byproduct of it being a nascent asset.”

“What’s clear is that on an average annual basis, bitcoin’s

increases, the asset value increases, and the network from a technical standpoint becomes more robust,” Ghauri said. “All of those issues around volatility become very superfluous.”

‘A different kind of risk’

Ghauri said the US dollar has a different kind of obstacle than crypto — inflation.

In March, the central bank began to hike interest rates in order to combat inflationary pressures, a move which is expected to continue throughout the rest of the year.

By some measures, inflation hit a 40-year high last month, per a Friday report from the Commerce Department.

The Fed’s favorite inflationary gauge indicated that consumer prices increased by 6.6% in March from 2021, up from the 6.3% rise in February. Additionally, nearly 30% of economists predict an upcoming

within the next year, according to a survey conducted by The Wall Street Journal.

“You’re not derisking your portfolio by going into cash. You’re incurring a different kind of risk, an inflation risk,” he added. “I think financial fragility is baked into our monetary system.”

Ghauri, however, is not the only one who believes bitcoin is a risk-off asset.

Michael Saylor, cofounder of MicroStrategy, said despite its volatility bitcoin offers the highest returns with the lowest risk. However, MicroStrategy is the largest corporate crypto holder, owning 121,044 bitcoin.

Analysts from UBS, however, described the hedge narrative as “mixed at best” and said that investors “should not build strategic exposure” in their portfolios. Instead, the investment bank recommended allocating to DLT enablers, platform operators, or other crypto-related companies.

“Crypto coins are highly correlated to each other, making diversification challenging. They are also very volatile, and their track record as either portfolio diversifier or inflation hedge is mixed at best,” the report, which was released on February 14, said.

Bitcoin, Ghauri said, has a guarantee that cash does not: its limited supply.

The cryptocurrency, which was created by the pseudonymous Satoshi Nakamoto, has a maximum cap of 21 million and each token must be mined. Proponents say this will lead to a gradual price appreciation, scarcity and a potential hedge against inflation. (Bitcoin, however, has recently been trading more like US technology stocks amid rising rates.)

“With the forward trajectory of time the Bitcoin network becomes more robust whereas the US dollar system becomes more fragile, requiring constant intervention,” he said.

The Fed could alternatively continue printing more money, Ghauri said, and intervene when catastrophic events occur such as a global pandemic with stimulus checks.

“Institutions have been panicking around holding large dollar assets. They’re wondering what’s going to happen to their portfolio if they go into cash so they’re having to look into better options,” he said. “I think this tips the scale for a lot of investors on crypto.”