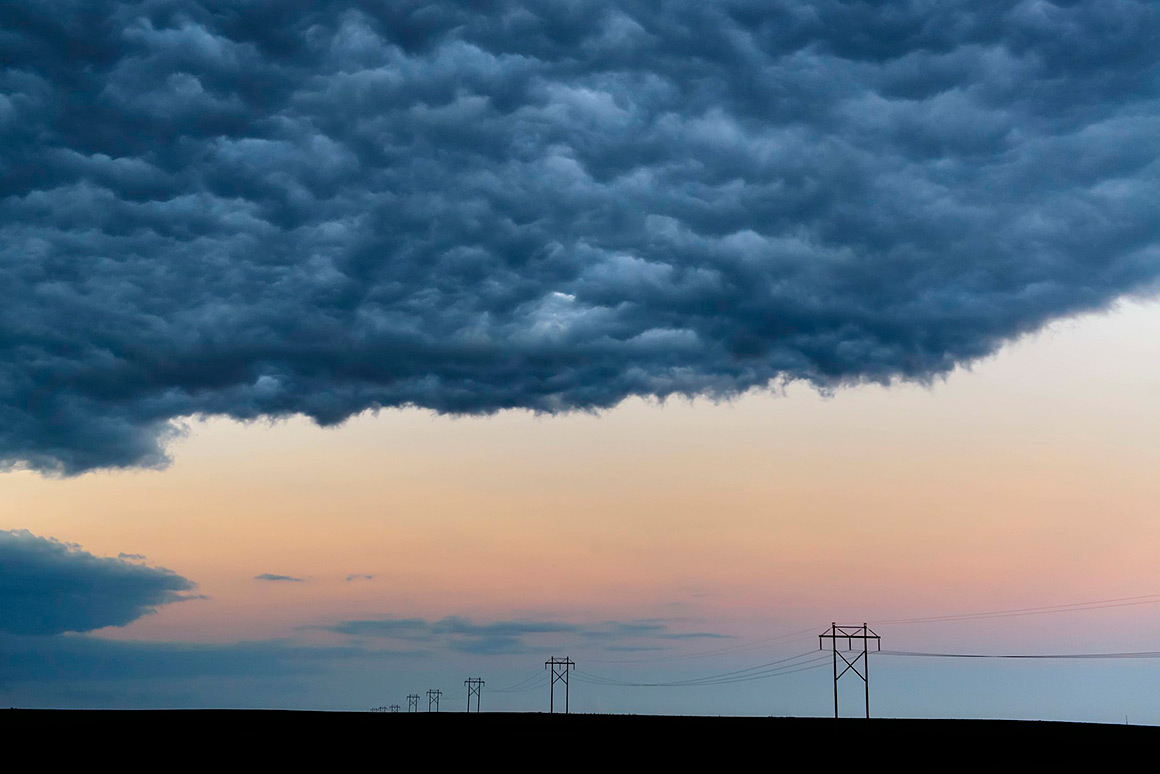 Planning continues for a $30 billion grid expansion across a wide swath of the central United States to help states and utilities accelerate the shift from fossil fuels to renewable energy over the next 30 years.

But before the region’s grid operator, the Midcontinent Independent System Operator (MISO), can even approve an initial set of projects, the process is mired in a thorny debate over who will pay for them.

There’s broad agreement that expansion of regional and interregional transmission is needed for the United States to replace an aging fleet of coal- and natural gas-fired generation with renewable energy. But that’s about all that many different interests involved in the planning process agree on.

Progress is specifically threatened by friction over how the benefits of the new lines are determined, which will dictate how the costs are shared. And the most visible split is among transmission owners and states in MISO’s northern region and states in the Gulf South and the region’s biggest utility — Entergy Corp.

New Orleans-based Entergy has been singled out by environmental advocates for leading the pushback against the proposal to spread the costs of a regional transmission expansion across MISO’s 965.00-square-mile footprint, which stretches from the Gulf of Mexico to Canada.

Among those pointing the finger is John Norris, a former member of the Federal Energy Regulatory Commission, who has charged the utility with throwing sand in the slow-moving gears of the MISO planning process in order to protect itself from competition.

“There’s an obvious attempt to throw doubt into the models, to challenge the information, to challenge the process,” Norris said in an interview. “They have done nothing to indicate that they want to be engaged in trying to find regional transmission solutions.”

“We’ve been accused of obstructing the process and slowing down the process. And there’s just absolutely no merit to those allegations,” Entergy Associate General Counsel Matt Brown said in an interview. “It’s really because of the huge cost implications for our customers that we’ve been vocal in the process.”

MISO’s long-range transmission plan, which would help accommodate a vast expansion of wind and solar projects over the next 30 years, could raise costs for the utility’s five Gulf South utilities by a combined $600 million a year, Brown said.

Other parties involved in MISO meetings and work groups have also raised questions about the planning process and various assumptions about building new transmission. “And singling out Entergy for participating and expressing opinions is really opportunistic and unfair,” he said.

Norris, who is involved as a consultant for the Energy Foundation, a West Coast-based clean energy advocacy group, was at FERC when the commission approved Entergy’s membership in MISO a decade ago to resolve the running Department of Justice antitrust investigation. He urged the grid operator last month to push forward in spite of Entergy’s objections.

Norris is not alone in producing MISO to advance an initial set of projects.

He’s been joined in recent months by the governors of several Midwestern states, who wrote to MISO urging the grid operator to move forward with regional transmission expansion. Most recently, Helena Moreno, the president of the New Orleans City Council, did the same, noting that a more robust, regional grid could have spared the Crescent City the worst impacts of Hurricane Ida.

She, too, was critical of Entergy.

“I question whether our grid was designed by a utility that is more interested in protecting its own interests than those of customers,” Moreno said in the Sept. 20 letter.

MISO began the long-range transmission planning process two years ago and this spring unveiled a “roadmap” to show the scale of expansion that would be needed for states and utilities in its footprint to meet their climate goals (energywireApril 16).

The grid operator hoped to bring an initial set of regional projects to its board for approval in December. But already that goal has been pushed back to March. And even that may be optimistic.

The expansion would be the first such regional effort since MISO approved the MVP portfolio a decade ago. Those 17 transmission projects — all but one of which has been completed — were chosen to help Midwestern states meet their renewable energy standards.

An analysis by MISO shows that the MVP projects, which cost $3.4 billion, have more than paid for themselves through improved grid reliability and reduced cost for electric generation. And MISO more recently noted that the lines played a key role in helping the region through Winter Storm Uri in February.

Proponents of MISO’s current regional plan say further regional expansion, and in particular improved connections between the North and South regions, would provide similar net benefits, and therefore the costs, too, should be shared.

“Given that we’re really talking about lines that are going to bring regional benefits, we think that it’s appropriate that the cost-allocation methodology has broad regional sharing,” said Natalie McIntire, a technical and policy consultant for the Clean Grid Alliance.

It’s not just renewable advocates. The coalition of Midwestern utilities, including Xcel Energy, is likewise urging MISO to adopt the same broad, regional cost-sharing principles that were approved a decade ago with the MVP projects.

Michael Lamb, senior vice president of transmission at Minneapolis-based Xcel, said the broad cost-allocation method used for the MVP projects and the CapX2020 projects — a $2 billion set of transmission projects completed a couple of years ago — can work again for the current long-range plan being developed by MISO.

FERC and a North-South split

MISO has indicated that the initial set of regional projects will be in the Midwest, where transmission congestion is already stunting renewable energy development.

That’s fueling debate about whether MISO South states — Louisiana, Arkansas, Mississippi and Texas — should help shoulder the costs even if none of the lines are located there.

In comments to MISO, Entergy and utility commission staffs in Mississippi, Louisiana and Texas say the answer is no.

Entergy, in fact, suggests MISO could split its North and South regions for the purpose of regional planning expansion.

“That could allow you to tailor cost-allocation methodologies to the different zones,” said Andrea Weinstein, Entergy’s vice president of federal regulatory affairs.

In a formal proposal to MISO, Entergy and other parties in the South region advocated for dividing the grid operator’s territory for the purposes of allocating costs, among several other changes.

“The circumstances that are driving this resource transition, while they’re happening everywhere, are happening at very different speeds and from very different starting places,” Brown said. “In the South, we have zero wind; we have only the very beginnings of a solar deployment, which will one day be significant, but today is in its very childhood stages.”

The so-called MISO South proposal was the subject of contentious debate and divided more than 60 parties that voted on it, according to a summary of results, with utilities such as Duke Energy, DTE Electric and Consumers Energy voting in favor of it. Utilities including Ameren Corp, MidAmerican Energy and state utility commissions across the Midwest opposing it.

“Bifurcating MISO, which has a unique locational diversity, seems counter to accomplishing what appears to be a widely accepted goal,” the South Dakota Public Utilities Commission said in voting against the MISO South proposal. What’s more, the commission said, FERC in its July rulemaking notice on transmission expansion “does not contemplate smaller regions and, thus, any attempt to move that way likely won’t be welcomed.”

Xcel voted against splitting up MISO for purposes of sharing costs. But the company said it’s open to limiting the first set of projects — and cost-sharing — more narrowly.

“If a two-zone approach … is required in order to get over the finish line in the short term, that’s something we could get comfortable with,” Lamb said. “We’ll continue to work with MISO on developing an option like that. But the devil is really in the details.”

Simon Mahan of the Southern Renewable Energy Association questioned whether a bifurcated approach would pass muster with federal regulators.

“Not only do we desperately need the projects [in the South]but in order for a portfolio of projects to move forward, it’s starting to seem more and more likely that in order to withstand FERC scrutiny, we have to have projects all across the footprint,” he said.

Whether there will be enough consensus to move an initial set of projects through the planning process at MISO and get the grid operator’s board to approve remains to be seen.

Dozens of utilities, industrial power users, advocacy groups, transmission owners and states and regulators have an economic self-interest in the outcome, and those interests are frequently at odds.

McIntire, of the Clean Grid Alliance, said the MVP projects of a decade ago show that not everyone will be happy with the outcome, but MISO must find a path forward that can win approval from FERC.

“We know that cost allocation, especially, is never to reach a point of having going history,” she said. MISO is “going to need to just make a decision and move forward with one approach or another.”