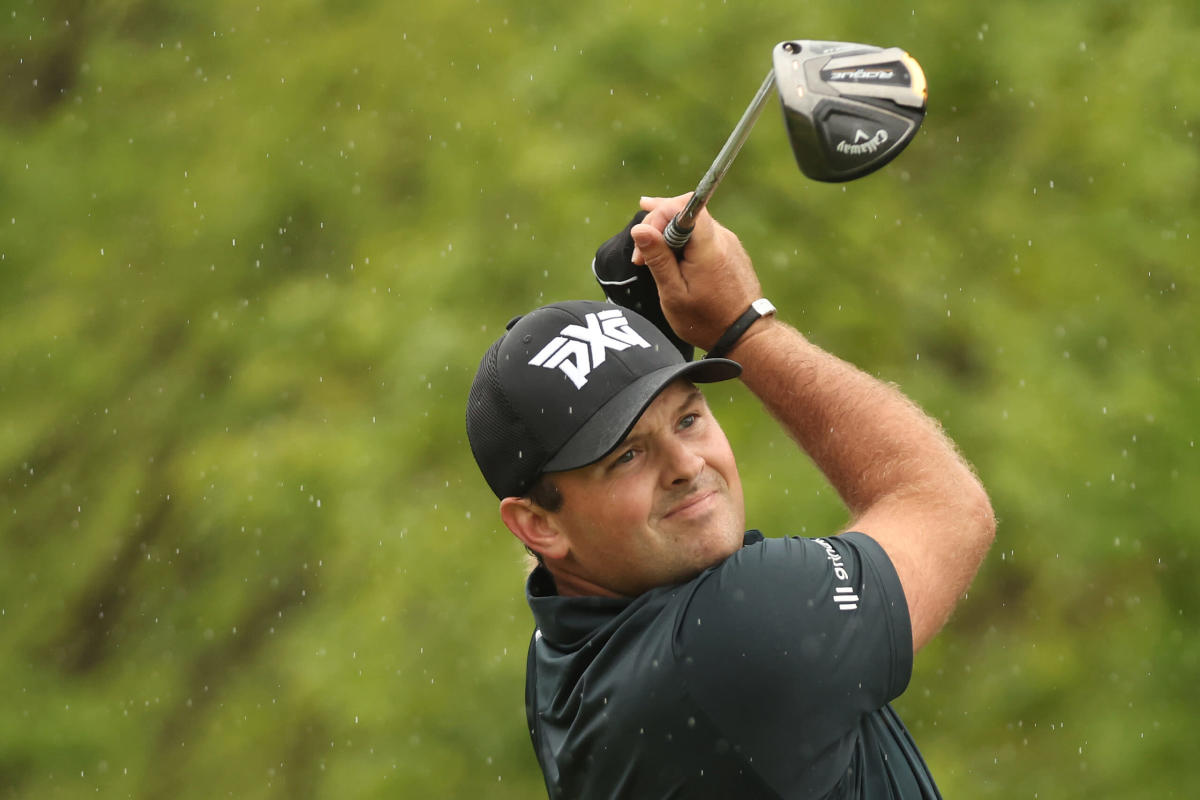 A rainy day on Friday at TPC Potomac at Avenel Farm made for tough scoring conditions and some big names didn’t have the right stuff.

Few struggled as mightily as Patrick Reed, the former Masters champion, who shot 79, his worst single-round score since March 2020.

He wasn’t the only former major champion hitting the road on Friday. Among the cut casualties, who failed to shoot even-par 140 or better for 36 holes, were three former US Open champion and a pair of British Open winners.

Patrick Reed watches his shot from the second tee during the second round of the 2022 Wells Fargo Championship at TPC Potomac Clubhouse in Potomac, Maryland. (Photo: Gregory Shamus/Getty Images)

Patrick Reed’s string of four straight made cuts is over. It ended with a dud on Friday. Reed started on the back nine and bogeyed six of his first nine holes. It got worse when his tee shot at the par-3 third caught a bunker and his first effort failed to escape. It led to a double bogey and a score of 9-over 79, his worst round since a third-round 80 at the 2020 Arnold Palmer Invitational. Reed, who shot 68 in the opening round, failed to make a single birdie on Friday and stunk across the board, but was especially bad in Strokes Gained: Tee-to-Green, ranking T-140 for the day. Reed hasn’t recorded a top-10 finish since the Butterfield Bermuda Championship in October.

Webb Simpson plays his shot from the eighth tee during the second round of the 2022 Wells Fargo Championship at TPC Potomac in Potomac, Maryland. (Photo: Tim Nwachukwu/Getty Images)

The good news for Webb Simpson: he made one more birdie than he did Thursday when he made two and shot 1-under 69. The bad news: seven bogeys and a double bogey littered his scorecard Friday. It added up to 6-over 76 and his first missed cut since the Players Championship. He had played the weekend in four straight events, but no more. Simpson lost more than a stroke to the field in putting in both rounds and was a putrid 1-of-9 in scrambling in the second round.

Gary Woodland watches his shot from the 11th tee during the first round of the 2022 Wells Fargo Championship at TPC Potomac Clubhouse in Potomac, Maryland. (Photo: Gregory Shamus/Getty Images)

It’s never a good sign when a player doesn’t make his first birdie until his 15th hole of the day. Such was the case of Gary Woodland, who after an opening-round 70, made a bogey and eight pars on his first nine holes. But two double bogeys after he made the turn doomed his chances of playing the weekend. Woodland’s short game let him down at the first hole and he fanned his tee shot at the par-3 third into a penalty area for his second double in three holes. A birdie at No. 6 was too little too late as he shot 5-over 75. It was Woodland’s second missed cut in his last three events. Woodland ranked 147th in the field in driving accuracy, hitting just 12 of 28 fairways, and his proximity hole was even worse – he ranked 152na in the field.

The 2023 US Ryder Cup captain struggled down the stretch on Friday and it cost him. After a five birdie, five bogey even-par 70 on Thursday, Zach Johnson couldn’t eliminate the mistakes on Friday and shot 74. If five bogeys Thursday wasn’t bad enough, Johnson made six Friday, including four on the back nine. Rain made challenging conditions and Johnson managed to hit less than half the greens in regulation. It didn’t help that he hit the fairway less than half the time (6 of 14), and he only got up and down 9 of 19 tries. It continued a rough stretch for the former two-time major champion, who has missed the cut for the fourth time in his last six starts (which includes a WD at the RBC Heritage). He’s only made six cuts in 16 starts this season and hasn’t recorded a top-10 finish since the 2021 Honda Classic.

Marc Leishman plays a shot to the tenth green during the first round of the 2022 Wells Fargo Championship at TPC Potomac in Potomac, Maryland. (Photo: Gregory Shamus/Getty Images)

Marc Leishman shanked a bunker shot in the first round, but overcame it to shoot 2-under 68. On Friday, he had a case of the double-bogey blues. That’s a recipe for trunk slamming on Friday. After a circle on the card at No. 2, the birds dried up. He doubled the fourth, bogeyed the eighth, doubled the 11th and bogeyed the 14th. It added up to 75. The Aussie was 5 of 12 in scrambling and ranked 153rd in SG: Around the Green. Very uncharacteristic performance for Leishman.

Francesco Molinari plays a shot from a bunker on the 15th hole during the second round of the 2022 Wells Fargo Championship at TPC Potomac in Potomac, Maryland. (Photo: Gregory Shamus/Getty Images)

The last time the PGA Tour visited TPC Potomac at Avenel Farm in 2018, Francesco Molinari cruised to an eight-stroke victory. That was then, this is now. The Italian bogeyed his last two holes on Friday to miss the cut. After a solid 1-under 69 on Thursday, Molinari was skating along with nine straight pars on the front side and a birdie at the 10th when his round took a turn for the worse. A bogey at 11 knocked him back to even for the day. A bogey at 15 was disconcerting but the bogeys at the last two holes did him in. On a cut day, he couldn’t afford four bogeys in his last eight holes. It marked Molinari’s third straight missed cut, and he has just one top-10 finish this year back in January at The American Express.