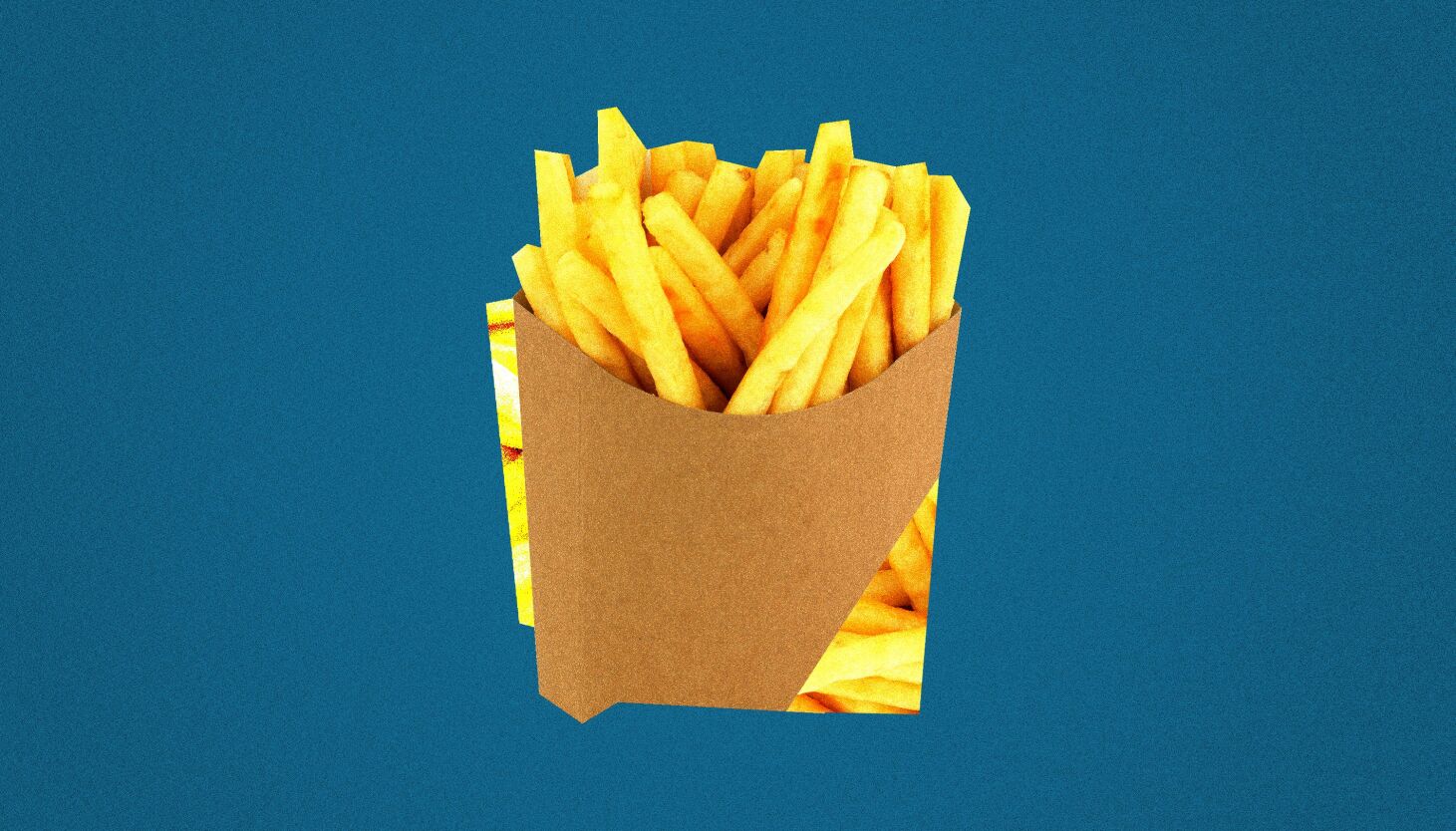 folklore. Warring narratives. Murky origin stories. Documenting the true history of fry sauce can feel as muddled as the condiment itself. But, I wanted the truth. And so I set out to discover the genesis of Utah’s favorite condiment.

History is marked by great breakthroughs that changed the trajectory of humanity.

Benjamin Franklin flew a kite in a lightning storm. Louis Pasteur boiled milk. Wilbur and Orville Wright attached a motor to a glider.

Someone at Arctic Circle mixed ketchup with mayonnaise. Or so we’ve been told.

Much ink has been spilled and many jokes made about Utah’s signature sauce. And every time, some pedantic type chimes in to insist fry sauce exist, and maybe even originated elsewhere.

Salsa golf is big in Argentina and Oregonians have served a similar dipping sauce for years, they say.

Don’t tell that to the good people at Arctic Circle, who claim to be the first to have invented fry sauce even though there’s a debate over precisely who within those hallowed walls first dared mix ketchup and mayo.

According to a statement sent by Arctic Circle Vice President of Marketing and Advertising Joe Evans, founder Don Carlos Edwards and his sons Ralph and JR created “pink sauce” by mixing ketchup and mayonnaise. They played around with the recipe, added some additional ingredients, and fry sauce was born.

“We lay claim to being the originator of fry sauce,” Evans says in an interview. “It took other restaurants years to adopt it.”

So that’s that. An open and shut case.

The family behind Stan’s Drive-In, once found on 900 East in Provo and recently relocated to Salem, tells a slightly different tale.

As stated on their website, when Stan’s opened in the early 1950s it was an Arctic Circle franchise run by Bob Peay. One evening in 1955, two employees, Ron Taylor and Max Peay, made fry sauce and liked it so much they began sharing it with their friends. Eventually, a critical mass of customers asked for the “good fry sauce stuff,” and Stan’s served it with every fry order. Stanley Taylor and his wife, Sarah, bought the franchise and named it Stan’s. A while later, an Arctic Circle sales rep asked Stan and Ron if he could take the fry sauce back to headquarters and distribute it in every Arctic Circle.

In an interview with Y Magazine, Ron Taylor, “As the years went (Arctic Circle) eventually claimed by they’d developed it on their own. But it really came from our drive-in down there in Provo.”

The header on Stan’s website even reads, “The Original Birthplace of Fry Sauce.”

Taylor’s claim is not one that’s widely known within the Arctic Circle corporation.

“I’ve been with Arctic (Circle) for twenty years and I’ve never heard that story,” Evans says.

So what’s the truth? As with all culture-forming tales, whispered through the ages, we may never know for sure.

“Everybody claims to be the first,” says folklorist Michael Christensen, author of the chapter on fry sauce in “This Is the Plate.” But, Christensen explains, the who is not as important as the why when it comes to the origination and proliferation of our people’s favorite dip.

“The interesting thing isn’t who did it first and what the correct version is,” he says. “The interesting thing is the passion people have for fry sauce. If you look at any regional food tradition … every place has something that people rally around and claim as their own. They want to celebrate it. Fry sauce is one of those things.”

The Hale family of Hires Big H, for example, were some of the earliest players in helping rally the burger and fry connoisseurs behind fry sauce. Mark Hale, son of Don Hale, who founded Hires in 1959, says, “While Arctic Circle may have marketed fry sauce, Hires made it famous. We helped establish it as a product.”

In 1970 Don introduced the infamous Big H featuring a special sauce. When the burger became a hit, the Hires team started selling the sauce as a dip for fries.

Eventually Hale and associates began calling the dip “fry sauce,” helping to fortify our state’s identity as the fry sauce epicenter of the universe.

And then in 1978 a Greek family arrived in Salt Lake City from California and opened the first of what would become seven Crown Burgers across the valley. Quick aside: It’s Crown BurgerS with an S. Most of us who live here mistakenly call it Crown Burger.

It’s the opposite of Nordstrom, which we all pluralize for no reason whatsoever.

Anyway. The sauce the Crown Burgers owners served on their titular crown burger was an immediate hit — mayo, ketchup and five other ingredients that the Katsanevas family keeps secret (though I did spot Tabasco on the shelf during my special behind the scenes tour); brought a spicier, tangier and zestier fry sauce to the Salt Lake sauce scene; and has been a juggernaut in the burger and fries battle since.

In a very informal poll I created on social media with 300 respondents, the Crown Burgers fry sauce ranked as the overwhelming favorite, with Hires and Arctic Circle in second and third place. But regardless of rankings, none of the three fry sauce dynasties are hurting for fry-sauce-guzzling customers.

Each morning in the “seven crowns,” as store owner Mike Katsanevas calls the different locations, the members of the Katsanevas clan mix giant vats to cover the day’s orders.

Hires Big H sold over 12,000 gallons of Hires Hamburger and Fry Sauce in 2021: 4,800 gallons in Hires restaurants for Big Hs and fries and rings, and 7,300 gallons (62,000 cases) through retail sales in grocery stores in the intermountain west.

Almost every single burger place within Utah’s borders offers fry sauce in some form, even if some push, and perhaps even cross, the line between fry sauce and a new concoction. (Stop trying to pass off barbecue sauce as fry sauce.)

It’s saying that there’s so much fry sauce in our culinary landscape that we can debate what does and does not fit the definition. And that is, I think, what really makes fry sauce ours. It’s not that other states or countries don’t have anything similar. I believe (kind of) the Oregonians who say their neighborhood deli serves it. But it’s the ubiquity of the sauce here that makes it a truly Utah thing.

For a few years, my family lived in Colorado. Once a week or so we’d get burgers and fries, and once a week or so the Five Guys employees and customers would gawk in fascination and or disgust as I’d request a side of mayo, a side of ketchup, and mix them together using a cajun fry.

“(Fry sauce) is something that’s distinctively Utahn, and in my opinion it brings people together,” Christensen says. “Instead of a signifier for us and them, it’s something everyone can come together and celebrate.”

Even disagreement over the merits of various fry sauces brings Utahns together.

A heated debate unfolded online when I asked the internet whose fry sauce was the best. The now-gone Training Table has many defenders, and some are willing to argue with their full being that Leatherby’s over-mayos their dip, or that the balance is just right. Whether or not pickle juice is necessary is a major controversy. But every disagreement is rooted in a belief that fry sauce is a unique perk of living here.

Even the various burger owners are united in their passion.

Arctic Circle management, the Hale family and Mr. Katsanevas are all quick to give each other credit where they believe credit is due. Mark Hale reflects fondly on his childhood trips to Arctic Circle with his brother. Joe Evans praises Crown Burgers’ original take on fry sauce. And they all talk about how fun it is to try new variations at every new restaurant that serves fries.

“It’s a source of pride,” Christensen says. “We learn community from fry sauce, and we certainly learn comfort from it.”

Sure, it’s delicious and adds a nice little zip to a side of hot, fried potatoes. But fry sauce is more than that. It’s part of who we are.